Home > Our Stories > The Power of Endowment: An Enduring Legacy

The Power of Endowment: An Enduring Legacy

Named Funds (Endowments) are a powerful way for a donor to make an impact in our community focusing on the causes they care about. These funds grow over time through investment, resulting in the gift lasting in perpetuity and making a much larger impact on the community than the value of the initial gift had it been spent at the outset.

Founding Trustees, Paul Goldsmith and Ken Horner said the receipt of the first endowment to Taranaki Foundation happened in December 2015.

“This was an exciting and humbling moment for the foundation with the Winifred Knight Trust being entrusted to our care,” said Goldsmith.

Throughout her life Winifred Knight supported a wide range of community organisations including Girl Guides, the Hāwera Women’s Club, the Hāwera Horticultural society, amateur drama festivals, the WEA, the Red Cross plus many other business and professional women’s groups. She received a Queen’s Service Medal in 1979, and commented that she was “just one of many people interested in helping the community”. She died in 1991.

“For 25 years, the Winifred Knight Trust had met educational, community, cultural and recreational needs in South Taranaki and it is now our job to keep it gifting in perpetuity.” said Horner.

In 2015, $206,000 was gifted to the fledging Taranaki Foundation (then Te Karaka Foundation), in Winfred’s name, with distributions tagged to continue supporting her areas of interest in South Taranaki. Over the past five years Winfred’s named fund has given out a total $30,275 in grants via our annual funding round; and the original gift has grown to be $239,883. 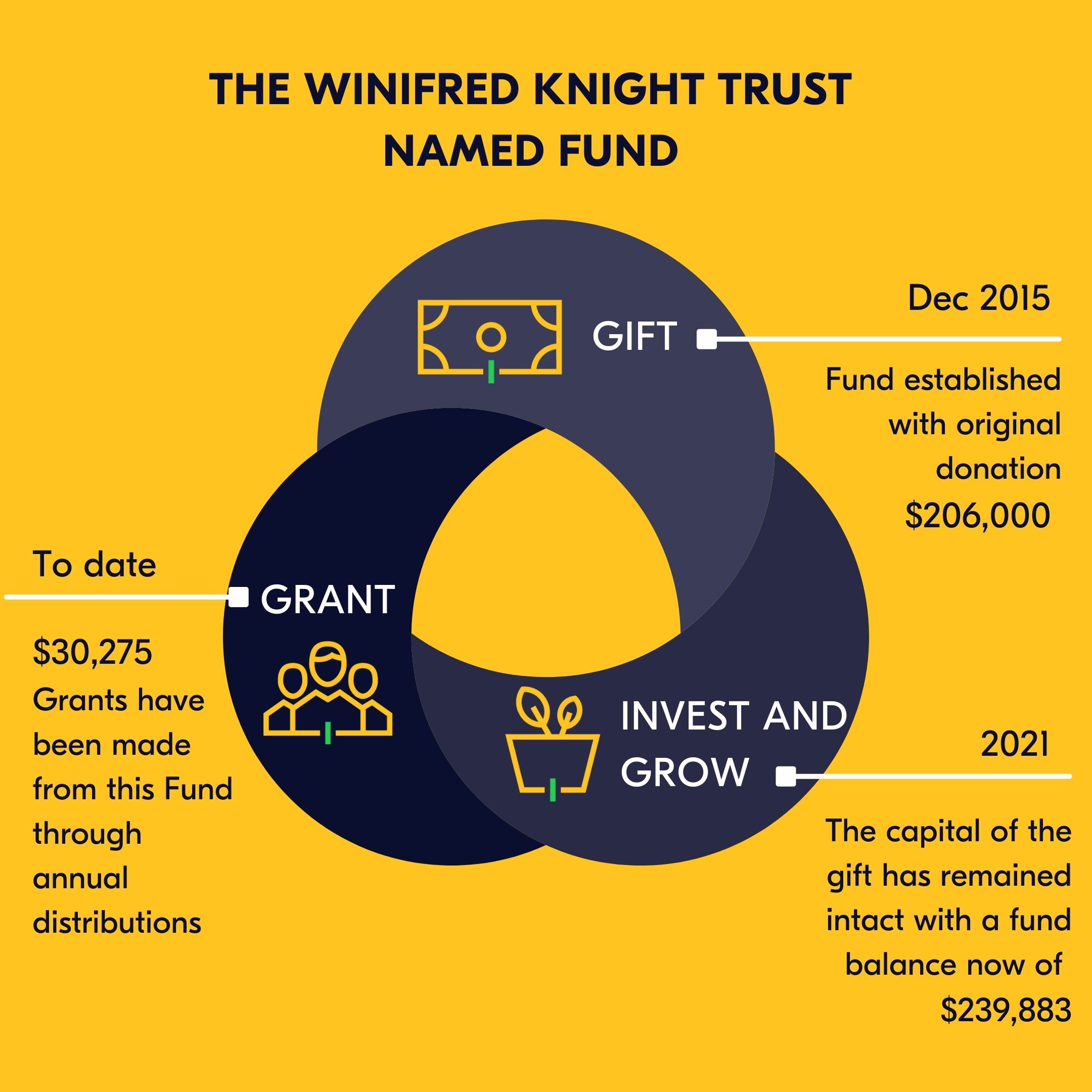 Empowering and enhancing the lives of people living with disability

A quiet act of generosity