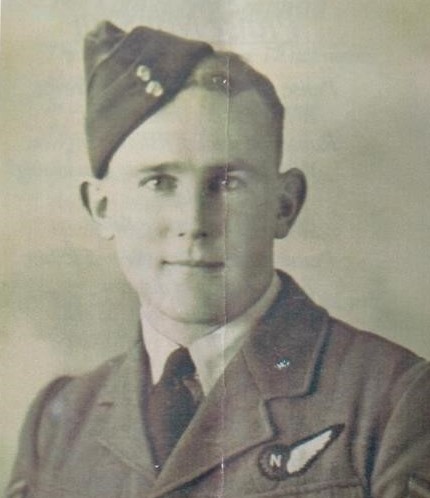 In July 2021 the Harvey Symes Fund was transferred to the Taranaki Foundation for management.

Harvey Symes was born in 1919 and was raised on the family farm at Glenbervie, 20Km from Whangarei and was educated at Whangarei Boys High School, where he made the 1st XV in 1935.

In 1939, his father died, the homestead burned down and war was declared. The family moved to Petch Rd, Alton, South Taranaki to work for his mother’s brother. Harvey enlisted in the Air Force in 1942 and completed a tour of approximately 50 operations. After the war he returned to Alton to farm. He later moved to Taumaha Road, Manutahi and was still involved in farming right up to his death in 2003.

Rugby was Harvey’s great love outside the farm. As a hard-nose prop he played many years for both Patea and Taranaki, but the highlight for him was captaining Patea in 1951 to win the Taranaki Championship.

Not many people know of Harvey’s generosity and financial support to people and organisations. He was personally involved in sponsoring young achievers in sporting and cultural activities to further their overseas aspirations, gave advice and financial assistance to young farmers and gave generously to many charities.

The Harvey Symes Trust was established in 1981. Grants from this Trust have benefitted charities in South Taranaki and Patea in particular. To honour its intentions, Taranaki Foundation will continue to make annual distributions  to support local charitable causes as well as looking to support those working in farming and sport – rugby in particular.