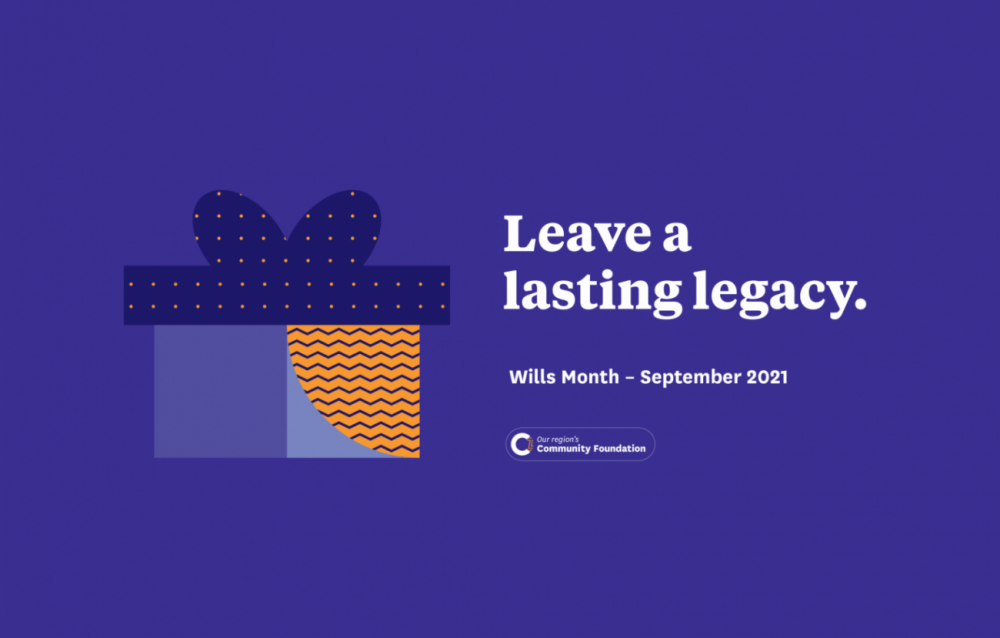 That’s the message from the lawyer trustees of Taranaki Foundation to mark Wills Month, which runs throughout September.

You don’t need to be wealthy to consider leaving a charitable gift in your will. In fact, for many people, leaving a gift in their will is a more achievable way of fulfilling their long-term charitable goals say trustees Ken Horner and Bridget Burke.

Horner, of Halliwells lawyers in Hawera and Burke, of Connect Legal Taranaki in New Plymouth, both say that when people come in to make a will, they often ask the question – do you want to give to charity?

A percentage of people making a will choose to give to charity without prompting. Horner says. However, if asked, more will decide to give and it’s usually a good conversation to have.

“Imagine if people were to leave 10% of their estate to the community through Taranaki Foundation. What a great benefit that would be for Taranaki.” He says.

Burke says she finds people generally keen to give back to their community.

“There are a lot of great people in Taranaki that acknowledge the benefit they have enjoyed from living, working and raising their families in the region; it’s therefore not a hard ask to talk with them about giving back to our community,” she says.

Wills Month – an initiative of Community Foundations of New Zealand – highlights the importance of having your wishes known after you’re gone. Donors can leave a specific sum, or gift a percentage of their estate, capped at a nominated amount. Funds can be directed towards causes that are close to the donor’s heart, or the trustees of the Foundation can distribute the funds to where they are needed the most.

“Leaving a gift in your will to Taranaki Foundation is a great way of knowing that your generosity will continue making a difference for years to come.”

When Vicki and John Haylock’s uncle, Dr. Basil Clarke, passed away and they received an inheritance, they decided to use some of it to honour his memory. They set up the Dr. BF Clarke Fund through Taranaki Foundation.  Vicki and John also decided to leave 10% of their own estate as a gift in their wills, which will add to the fund and its impact.

Anne Barron thinks of Taranaki Foundation as part of her family