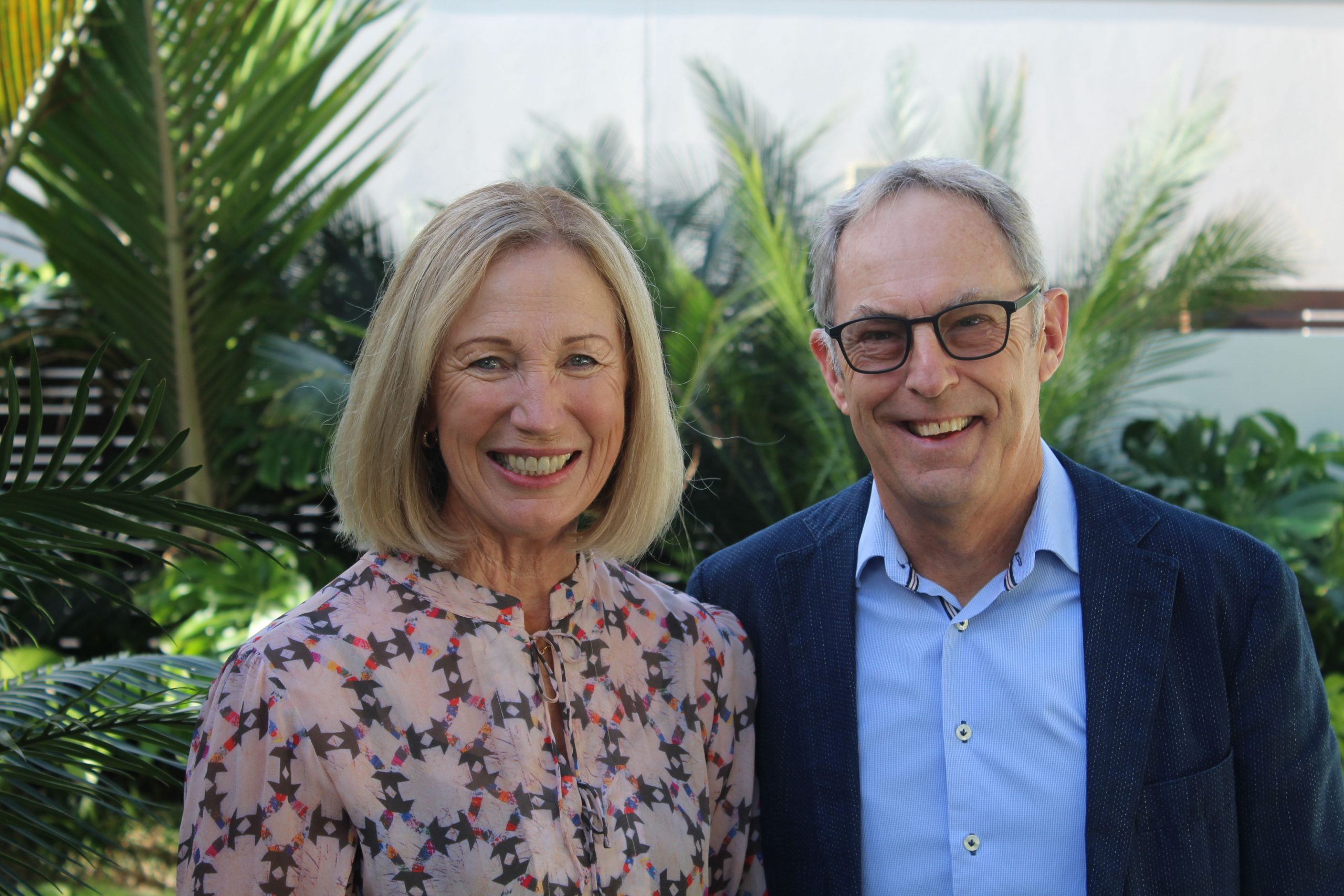 Originally from Whanganui, Robyn and Phil Hinton moved to Taranaki in 1982 and since then have enjoyed living, working, and raising their three boys in New Plymouth.

“We saw publicity material about the Foundation and it sparked a feeling in Robyn and me that we should think about a long term philanthropic plan for investing back into New Plymouth. New Plymouth and Taranaki had been good to us and it was time to think about starting that process.” says Phil.

They appreciated the options the Taranaki Foundation provided for different ways to invest and a choice on where the returns from those investments would be gifted, which made the process of giving far more personal.

Both Robyn and Phil say that the most interesting part of the Foundation for them was that it embodied the idea of “by the Taranaki people, for the Taranaki people”. It wasn’t a national investment structure; it was local and was totally focused on growing our Taranaki community on an inter-generational basis.

“The idea of setting up a fund that would continue to give long into the future, with ultimately a size and scale that was going to be significant, was very attractive.

“Above all, the idea of creating something that had intergenerational longevity was really appealing, so that this place we call home could benefit long after our time here,” they say.

The Hinton’s have chosen local community sport related facilities as recipients for what their Fund generates. They have always believed that sport plays a major role in our communities and from a well-being point of view, is very important.