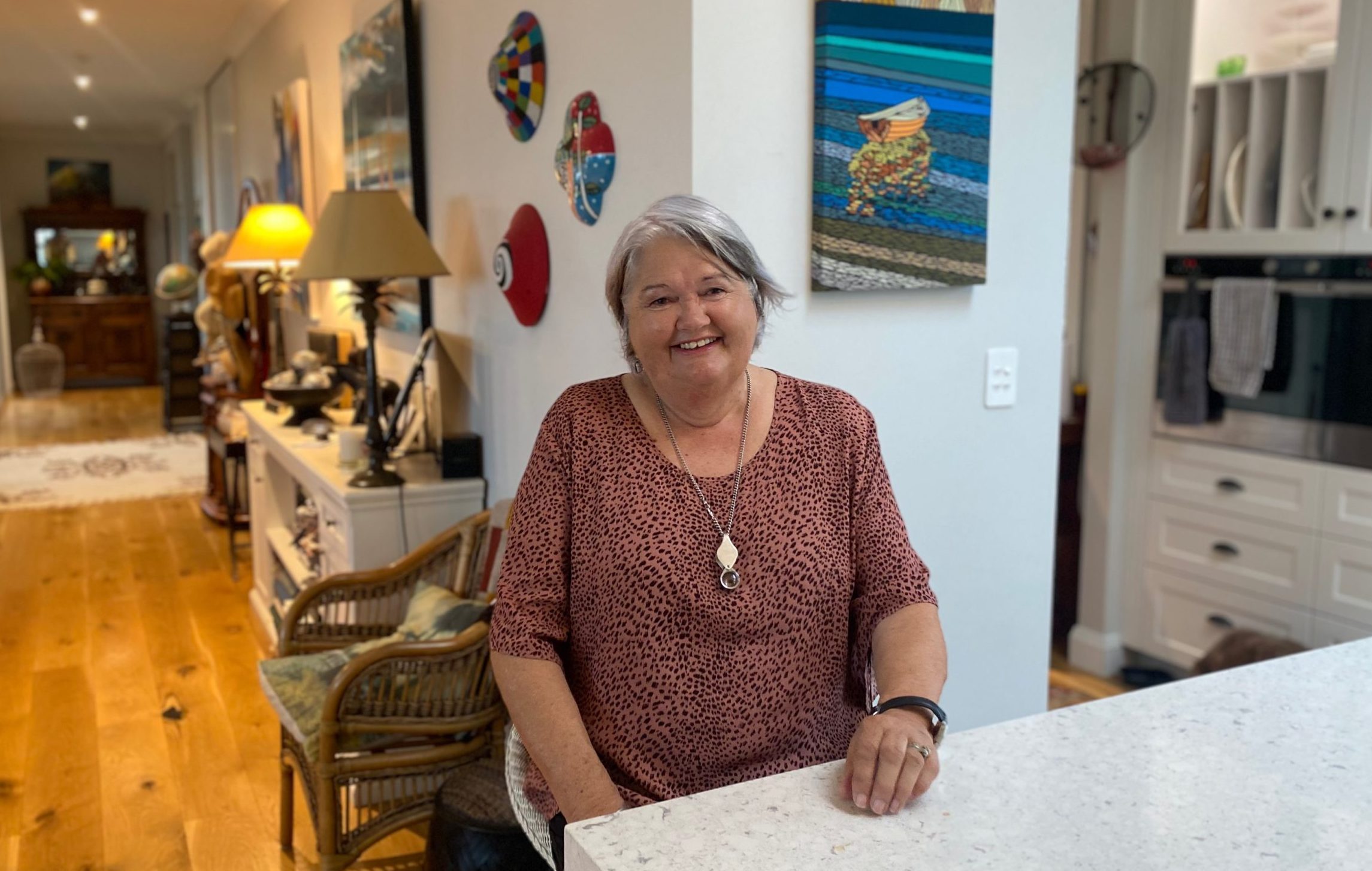 Anne Barron thinks of Taranaki Foundation as part of her family

Taranaki has always been home to Anne and her husband Ray Barron.

Anne grew up right under the mountain in Ōkato and, as part of a family of seven, she enjoyed an ‘idyllic and rural childhood’. Together with her husband Ray she raised a family of five on a dairy farm at Warea for almost 40 years, until they moved to their current home in Ōakura.

They have both been very involved in community. Ray particularly with rugby, and Anne as an inaugural Trustee and now part of the Distribution Committee with Taranaki Foundation.

“I think our experiences growing up here and being involved locally gave us a real feeling for community – knowing that a lot of people out there haven’t been as lucky as we have. I felt that I wanted to give back to the community but couldn’t find a model that I was happy with – so I gave a little to everyone who asked!”

Anne was first introduced to the Foundation when fellow trustee Ken Horner invited her to a meeting where Bill Holland from the Acorn Foundation was the guest speaker. He gave such a beautiful insight into the community foundation model that Anne was greatly moved. “Something in me thought ‘wouldn’t that be wonderful for the people of Taranaki’”?

She is proud to have had a small part to play in growing Taranaki Foundation from inception – working with a group of talented, solid, community-minded trustees with the aim to grow and nurture the seeds of the Foundation into a fantastic asset for our community.

When Anne discovered the idea of community foundations, “it all fell into place! I have five children and I look at the Foundation as my sixth child.”

And as for making the decision to leave a gift in her will, she is “delighted” to have this plan in place, confident to be leaving a legacy in the right place.

And, she says, a gift in her will is easy. “I couldn’t give cash, because I don’t have cash to give. Many farmers may have assets but little cash. So, giving a gift through my will suits our situation well –  I’ll be giving to our ‘sixth child’!”

Anne’s bequest will be gifted to the general fund at Taranaki Foundation. She wants the Trustees to decide how to use the income, “depending on what they think is right at the time. I’m sure that what is the greatest need today might not be the greatest need tomorrow and future Trustees will direct my donations to where they are needed most for Taranaki.”

“I love that by leaving a bequest in my will I am teaching my children and grandchildren that if a community is good to you should give back.” She adds, “I’m not doing anything out of the ordinary, it’s just something I see a need for.”

The gift of trees